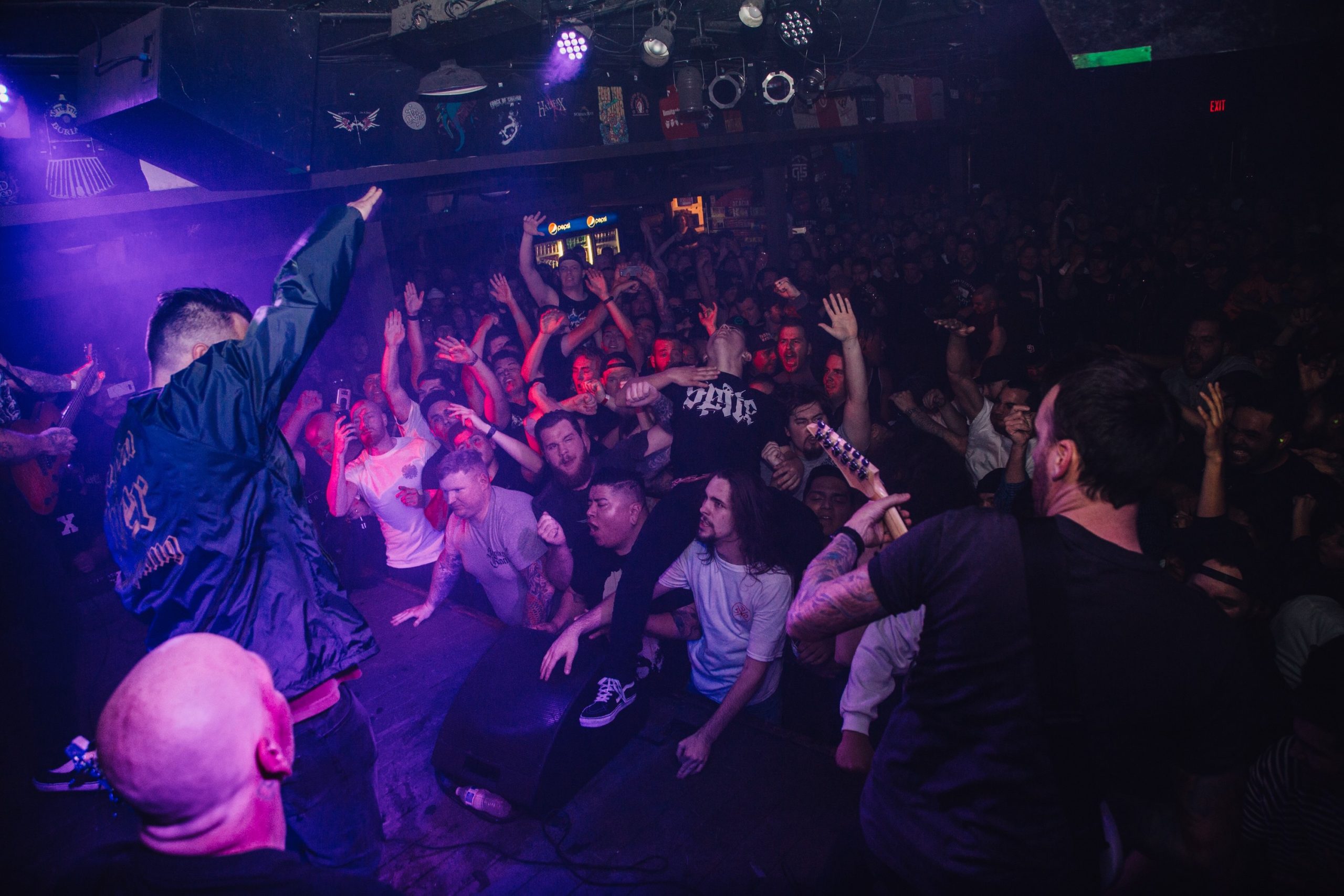 Photo by Joel Muniz on Unsplash

You've seen it on videos, at concerts. Sweaty, tattooed youths bashing into each other, spinning around, bodies moving like a violent sea. Gaps in the adoring fans being filled desperately with flesh and energy. The Moshers.

I am a mosher, and I would like you to join me on a journey into the pit.

The classic assortment of rock and metal tracks playing over the venue's speakers fades out, taking the murmurs of the crowd with it. Eyes are focused on the stage as lights dim and a few partially-silhouetted figures wander out. Cheers start to swell as the drummer takes their seat and raises their sticks in the air. Cheers turn to screams as guitarists confidently take position at the front left and right of the stage.

And then it begins.

Loud, solid drum beats land, the bass-line fades in, the all-too-familiar riff starts piercing inhibitions as the crowd begins to raise arms, shouting words of encouragement and, right in the middle of all the fans, a circle opens…

Vocals spew and bodies start to move in all directions. Compressing and expanding the rough circular arena of rough play. People bash into each other, an unfortunate soul loses their footing and hits the ground, yet, in the midst of the perceived violence a wall forms. Comrades hastily protect their fallen friend, strangers help them back to their feet and, as quickly as they hit the deck, they begin to spin and shove their way back into the action.

This continues throughout the set. Pits open and close, walls of death are encouraged by the band and fans run in circles to ever-increasing rhythms.

Until recently I thought I was using the pit just to release rage, let go of stress and free myself.

Perhaps a deeper meaning exists. Maybe the frustration comes from more. I find it hard to express many emotions without buried concern as to how it'll be received (thanks toxic masculinity). In my life I've been in upwards of 100 mosh pits and have never felt embarrassed or insecure about it however in 2019, for the first time at a gig, I cried.

The idea of crying at an event, surrounded by people, terrifies me. Yet it happened. The musical experience I was having on that night culminated in a beautifully emotional song landing just right in my heart, a song I'd often found myself releasing emotions to in private… I couldn't stop it, my eyes swelled, my fists clenched and my breathing attempted to steady (a programmed response to control this outburst). There I was, stood at the back of the venue, leaning against the bar, sobbing like a child who had left their favourite plush toy at their grandparents...

I felt freer than I'd felt from any bump, bash or slide around the pit. I was truly in the moment, embracing every sound, wallowing in the connection I felt to the band on stage, the people around me and to myself.

Moshing, crying, crowd-surfing, singing at the top of your lungs. All these activities help with the release, all of these can happen at a gig. Ultimately, I don't think the activity matters as much as the space. Gigs provide myself and many others with a space to safely express extreme emotions and actions. An environment of support from a diverse mix of individuals coming together for music they love. Moshing isn't my therapy, music is.

I'll write again when I cry in a pit.